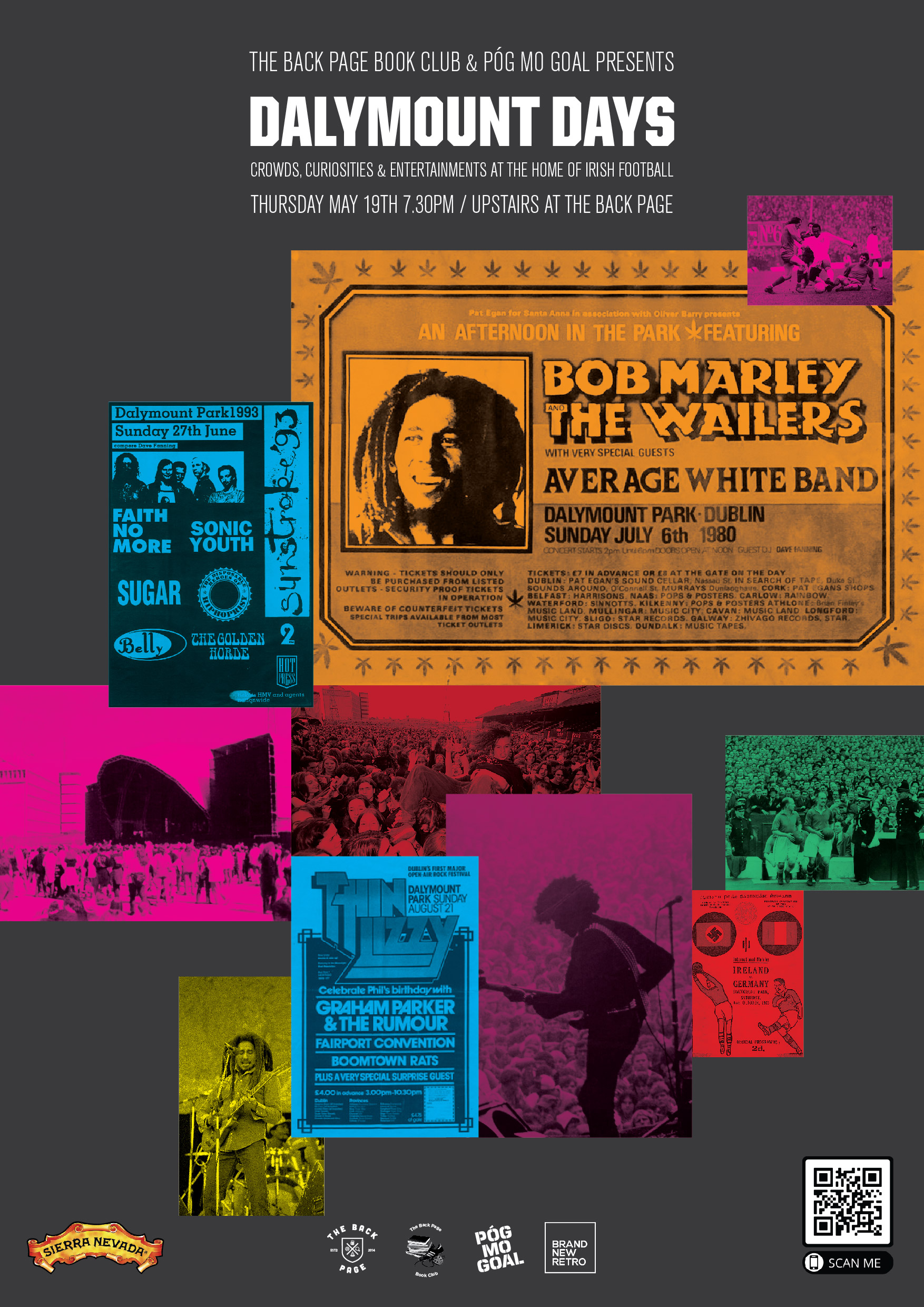 Crowds, Curiosities & Entertainments at The Home of Irish Football

Dalymount Park has hosted a lot more than just football, whether its Bohemians, Ireland internationals with Pele, Zidane and co.

It has also beeen the venue where Bob Marley famously played his last outdoor gig.
Phil Lynott’s Thin Lizzy, The Red Hot Chili Peppers, Meatloaf and Ice Cube have all graced the stage at the old ground.

The iconic Dublin 7 stadium has also been the venue for Carnivals, boxing matches and curiously a Wall of Death.
As well as a charity match featuring none other than Stalin and Winston Churchill.”
Brand New Retro and Bohemians historian Gerry Farrell talk us through some of the stories.

With thanks to Sierra Nevada and Grand Cru Beers. 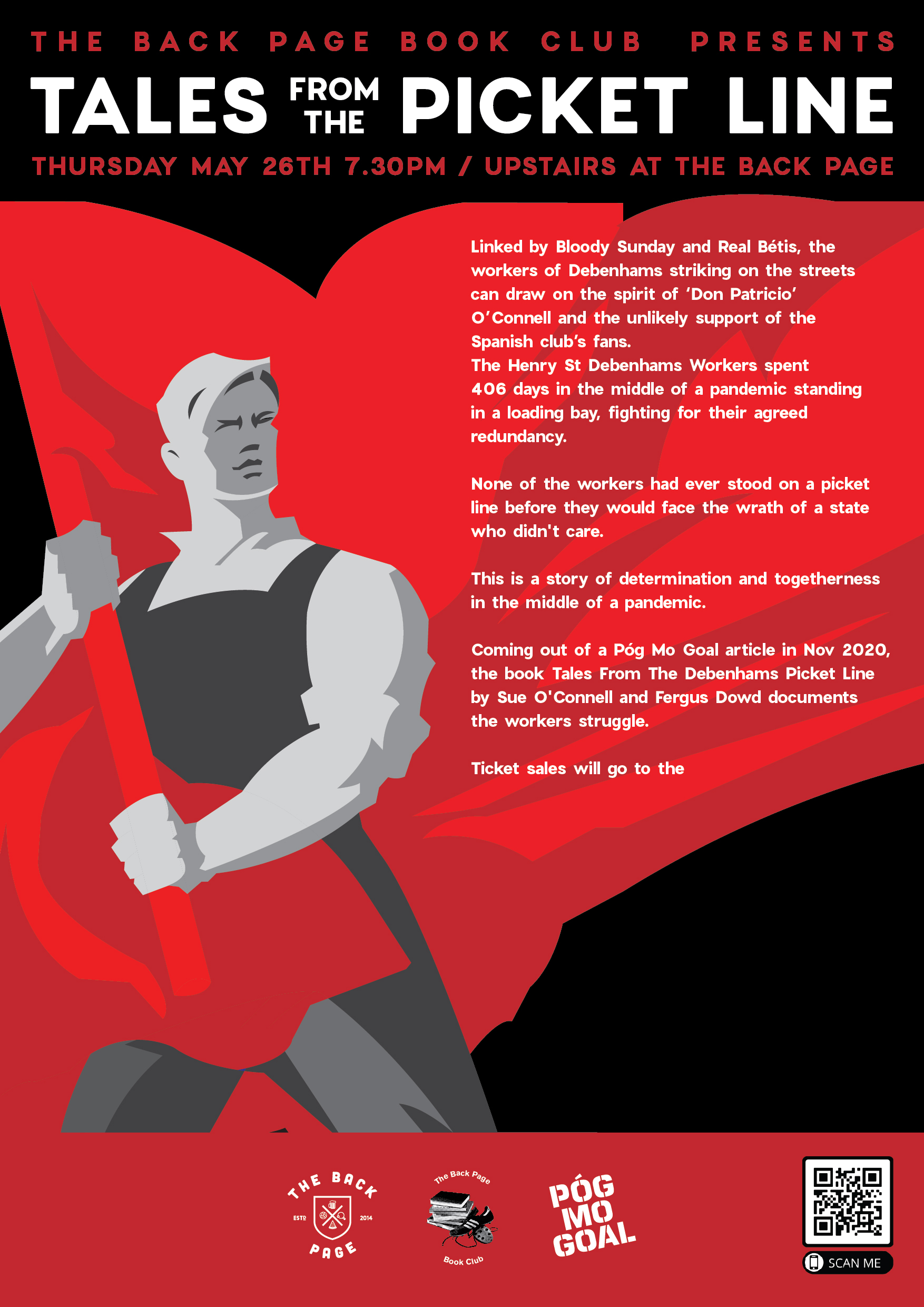 Tales from the Debenhams Picket Line May 26th

Linked by Bloody Sunday and Real Bétis, the workers of Debenhams striking on the streets can draw on the spirit of ‘Don Patricio’ O’Connell and the unlikely support of the Spanish club’s fans.

Coming out of a Póg Mo Goal article in Nov 2020, the book Tales From The Debenhams Picket Line by Sue O’Connell and Fergus Dowd documents the workers struggle.

So we’ve launched a book shop and teamed up with the excellent Pitch Publishing among others. Drop in to see some of the excellent sports books we have on offer.

Some of our books on sale, if there not downstairs on our shelves just ask one of the staff. 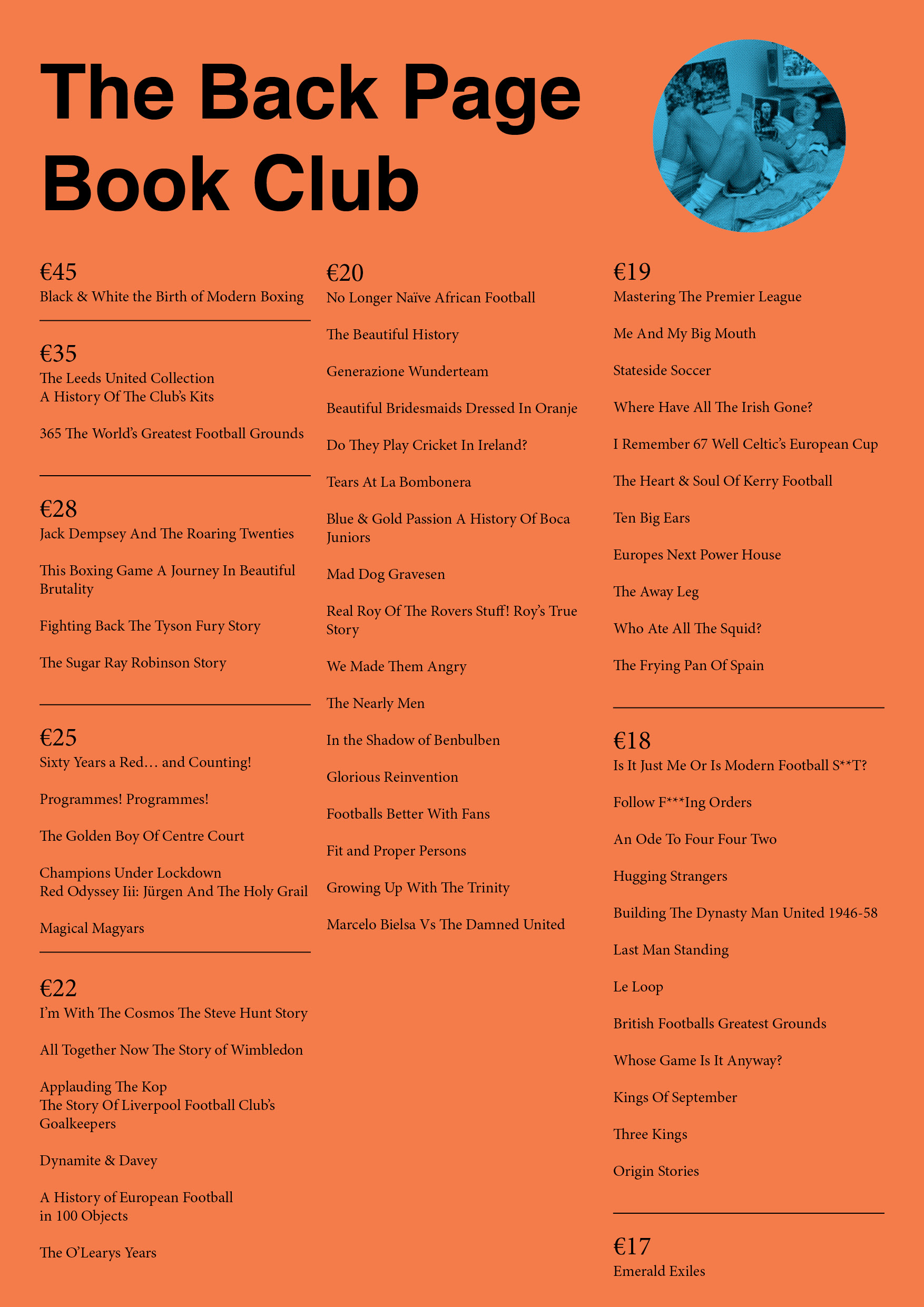 We are also going to have an extensive range of independent magazines so watch this space.

We’re looking for your help to add to our growing collection of second hand sports books. To help us top up our numbers come in and swap a book for a pint. One per customer and the book must be in good nick.

We’re open to any ideas if you’d like to host a book launch or something similar give us a shout at info@onthebackpage.com